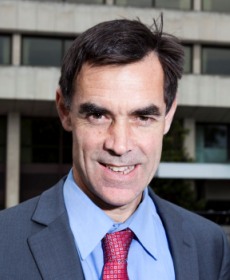 Thank you, Minister Marega, and thank you to all of those at the Brazilian Embassy who have given us their support, who are here tonight, and who represent Brazil with such professionalism. Once you move into the new Embassy near Trafalgar Square we will be near-neighbours. I’d also like to acknowledge Cynara Lima (the wife of the Ambassador, His Excellency Roberto Jaguaribe), who is here tonight. The Ambassador is attending a conference in Rio de Janeiro and cannot be with us.

I’d like to thank our partners, the Brazilian Chamber of Commerce, for working with us and making this event possible, especially Chairman Jaime Gornsztejn, Vera Dantas, and Robert Neville. Other Chamber members who have been helpful to us include Duncan Innes and Frances Reynolds.

There is so much I want to tell you about the Brazil Institute; it has been a wonderful year for us and the year is not yet over. As the Principal mentioned, we’ve hired new faculty and are accepting applications for our new MA programme called Brazil in Global Perspective, and the Ph.D. programme. Fliers describing the master’s programme will be available in Chapters, where we will have a reception after the event. The noted historian Leslie Bethell will be teaching for us in the MA programme.

We are buying books for the library, and we have had a variety of events. These include the philosopher Marilena Chaui lecturing about Spinoza and the theocratic roots of power in Brazil and the UK, the television journalist William Bonner talking about his news programme Jornal Nacional, the anthropologist Esther Hamburger presenting her work on the poetics and politics of Brazilian cinema and television, and the historian Michael Hall on Brazilian history in comparative perspective. We’re looking forward to an exciting year in 2011-2012.

Our keynote tonight is designed to kick off our conference on the first hundred days of the Dilma Rousseff government. The rest of the conference will take place tomorrow starting at 8:45 in -3.20 downstairs in the Strand Building, and we will have presentations on culture, gender, the media, the environment, human rights, defence policy, public security, political economy, politics, and development. It is an impressive line-up and will cover everything you want to know about the new government but were afraid to ask.

Why one hundred days? It is a benchmark that is too inviting to pass up. Using the benchmark started with the first FDR administration in the USA, in 1933. Applying it to the Dilma Rousseff government invites reflection on not only where the new government is going, but where Brazil is going. It invites comparisons with previous stages of Brazilian development and with other countries, at a time when interest in Brazil is increasing and the visibility of the Brazilian state as a global actor is high.

Our two speakers tonight are exceptionally well-qualified to start our conference tonight. In keeping with the Brazil Institute’s commitment to avoid parochialism, one is from São Paulo and one is from Rio de Janeiro, and it is fitting that the diplomat is from Rio and the lawyer is from São Paulo. (In saying this I do not want to imply that Brazil can be reduced to Rio and São Paulo, and I am sure people from Rio Grande do Sul, Parana, Pernambuco, Minas Gerais, Bahia, and other states would agree.) Dr. Durval de Noronha will speak about the economy, and Ambassador Samuel Guimarães will talk about foreign policy.

Dr. Durval de Noronha is a founder and senior partner of Noronha Advogados, a member of the Brazilian Chamber. He has represented the Brazilian government in international trade negotiations, and has an extensive knowledge of China, having published a Chinese-Portuguese dictionary. He is a commentator on political and economic issues in the Brazilian press and is the author of several books. The most recent of his books, Diary of a Crisis, is a fascinating series of pieces on the recent financial crsis, the subsequent slump in trade, and the political results of that crisis.

Ambassador Guimarães is the High General Representatives (High Commissioner) of MERCOSUR, a post created in December 2010, and a leading intellectual of Brazilian foreign policy. Before that he served in the Brazilian Foreign Ministry and in the Cabinet. He was head of the Foreign Ministry’s think tank IPRI, and was Secretary General of External Relations from 2003 to 2009, as well as Minister of Strategic Affairs from 2009 to 2010. His books include Challenge: UK and Brazil and Brazilian Challenges in the Era of the Giants.

In addition to being active shapers of the world in their fields and intellectuals, both speakers share an important attribute with the novelist Lima Barreto’s fictional character Policarpo Quaresma in The Sad End of Policarpo Quaresma. (I hope I can be forgiven by the speakers for comparing them to a fictional character.) In the novel, published one hundred years ago, the eponymous main character goes through all sorts of trials and tribulations, and I will not spoil it for those of you who have not read the book by telling you what those are. But despite all these ups and downs, Policarpo never loses his passion and his concern for Brazilian development as a national goal, for the construction of Brazil as a national project, in short, for o Brasil and o povo brasileiro.